Finally, the moment we’ve all been waiting for! A couple of days ago the Hungarian government came out with the long-awaited decree about the special government bonds to be issued for the purposes of the “residency for investment” program. The brief text below contains the specifications given by the ministry regarding the issue of the securities and the participation of the licensed agencies (referred to in the legalese text below as “enterprises”) responsible for bringing the bonds into circulation in the target countries (i.e. the countries of origin of the applicants).

This is an important step because, although the modification of our immigration law that made possible the extension of the “other” residency category to investors serving national interest was passed in mid-December, the actual bonds could not be issued until this decree came to light. With this, a major obstacle has been eliminated, and we are confident that we will be able to start processing applications in early April!

Helpers is in the fortunate position of working with most target countries through cooperation with the designated licensed bond-issuing agencies, so we will be able to assist you no matter where you come from, at competitive prices. Please direct any questions you may have to investment@helpers.hu, and watch this space for regular updates!

Pursuant to the authority granted in Article 111(9) of Act II of 2007 on the Entry and Stay of Third-Country Nationals and acting under the powers vested in me by point b) of Article 73 of Government Decree 212/2010 (VII.1) on the Powers of the Individual Ministers and the Secretary of State in charge of the Prime Minister’s Office, I do hereby order the following:

Article 1 The nominal value of the debt security privately circulated by the Hungarian Government Debt Management Agency (hereinafter: ÁKK Zrt) that is being issued by the State for the purpose specified in subpoint aa) of point a) of Article 28(4) of Act II of 2007 on the Entry and Stay of Third-Country Nationals is 250,000 euros.
One series of the government bond is to be circulated in one calendar year.

Article 2 (1) The government bond series are offered for a nominal value, and the interest rate used to calculate the offering price is set by ÁKK Zrt at the start of the given series’ circulation.
(2) The time at which the interest rate specified in paragraph (1) is set is 11 o’clock GMT on the eighth business day before the start of the given series’ offering. “Business day” is here construed as a day when the banks in London are open for conducting business as usual.
(3) The secondary market yield specified in subpoint aa) of point a) of Article 28(4) of the Third-Country Nationals Act is taken to be the arithmetic average of the sales returns posted on the page displaying the Bloomberg Generic Price of the information system operated by Bloomberg Finance L.P. for the 15-trading-day period preceding the business day specified in paragraph (2).
(4) The period of the given series of government bonds runs until the twentieth day of December of the fifth year calculated from the twentieth day of December of the year in which the offering starts.

Article 3 (1) The government bonds are to be offered exclusively to the enterprises specified in Article 28(4) of the Third-Country Nationals Act (hereinafter: enterprises). The government bonds are to be offered within the offering period, which extends to the last business day of the given calendar year with the understanding that the enterprises are entitled to make purchase declarations for a maximum of two trading days per calendar month as predetermined by ÁKK Zrt.
(2) The Hungarian Government Debt Management Agency (ÁKK Zrt) is not to use an investment service for the circulation of the bonds.

Article 4 This decree enters into force on the day following its publication. 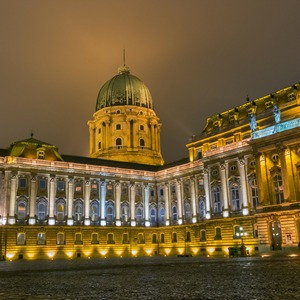 Became eligible for Hungarian permanent residency through the purchase of Hungarian government bonds? Then check on your investment agency and make sure to renew your permit. 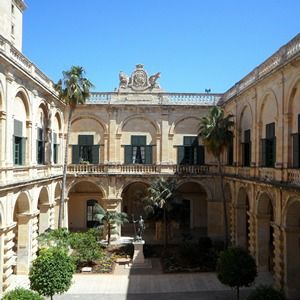 Now that the state of emergency is over in Hungary, the Helpers office is open, while procedures, consultations and services are still fully available online.

Book an appointment before visiting, or ask for an online consultation. Click here!