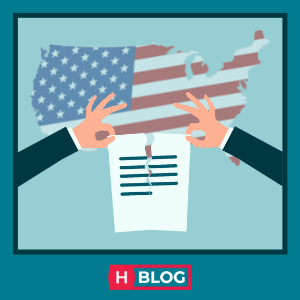 On 8 July 2022, the U.S. officially notified Hungary that it was unilaterally terminating the double taxation treaty between the two countries as of 2024. But what does this mean exactly, and what to expect? Find out from us.

Most people are tax residents in only one country, where they live and work. However, there is also a large group of people, especially among expats, who are tax residents in at least two countries. Since tax laws normally do not consider whether or not you have already paid taxes somewhere else on a taxable income, or can even penalize taking dividends to foreign countries, you might end up paying taxes in both countries where you are a tax resident.

Double taxation treaty with the U.S.A.

Hungary first signed a double taxation treaty with the United States in 1979. There was an attempt at an update in 2010, but it was never ratified by the U.S. Senate, so the old treaty prevails. In line with that, the 30% withholding tax imposed by the U.S. on most income generated in the U.S. does not apply to Hungarian tax residents.

At the same time, Hungary does not apply withholding taxes, and personal income tax paid in Hungary can normally be deducted from taxes paid in the U.S., which would not change even in the absence of a double taxation treaty. However, the mere fact that there is no double taxation treaty between the U.S. and Hungary will still add risks to investment, and may deter investors from setting up their business in Hungary.

Double taxation treaty terminated as of 2024

Cancelling such a treaty is not implemented overnight. Since the U.S. notified Hungary of its intentions only in July (so in H2) 2022, the treaty will actually remain in force throughout 2022 and 2023, and will be cancelled as of 2024. This leaves plenty of time for the two countries to negotiate a new agreement.

The old agreement has always been more beneficial to Hungary. While it is understandable that the U.S. did not want to continue such a cooperation, the timing is probably due to the recent disagreements around the global minimum tax. The OECD and the EU have spent the last few years devising a plan to make sure international tech giants cannot evade taxes by creating subsidiaries in tax havens. Since corporate tax in Hungary is only 9%, the lowest in the EU, Hungary was at first against the introduction of a general corporate tax at 15%, even though it was supposed to target companies with a yearly revenue above EUR 750 million. Later on, it seemed Hungary would also join the convention, but at the last minute it vetoed implementation.

For now, nothing changes. Until the end of 2023, the double taxation treaty between the United States and Hungary remains in force. Whether or not a new treaty will be signed in the meantime is anyone’s guess. In any case, if you are a tax resident in both countries, it cannot hurt to contact a tax advisor and ask for their expert opinion about your finances.

Helpers Hungary has been in the service of expats living in Hungary for more than 15 years. We are happy to offer our expert assistance in all matters of immigration and business in Hungary. 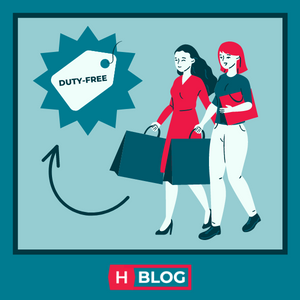 Non-EU residents visiting the EU have the option to avoid paying VAT on their purchases in Hungary. This is possible either by shopping duty-free at an airport, or by making purchases at regular stores and reclaiming VAT upon leaving the EU. 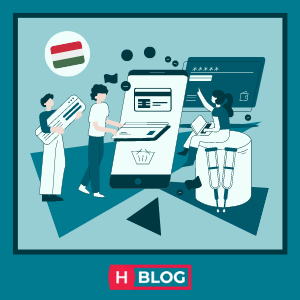 SZÉP card is the most popular form of fringe benefits in Hungary. It can normally be used for recreational activities, but because of the pandemic, some alterations were introduced. Among these, users were allowed to use the SZÉP card for buying foodstuff as well – with July that has come to an end.

December Discount!
Until the end of December 2022, new clients can get a 10% discount from the citizenship application package. Ask for the discount from our colleagues, order now and save on the deal!

Ask for an appointment to meet us in person or online. Contact us.

This website uses cookies to improve your experience while you navigate through the website. Out of these, the cookies that are categorized as necessary are stored on your browser as they are essential for the working of basic functionalities of the website. We also use third-party cookies that help us analyze and understand how you use this website. These cookies will be stored in your browser only with your consent. You also have the option to opt-out of these cookies. But opting out of some of these cookies may affect your browsing experience.
Necessary Always Enabled
Necessary cookies are absolutely essential for the website to function properly. These cookies ensure basic functionalities and security features of the website, anonymously.
Functional
Functional cookies help to perform certain functionalities like sharing the content of the website on social media platforms, collect feedbacks, and other third-party features.
Performance
Performance cookies are used to understand and analyze the key performance indexes of the website which helps in delivering a better user experience for the visitors.
Analytics
Analytical cookies are used to understand how visitors interact with the website. These cookies help provide information on metrics the number of visitors, bounce rate, traffic source, etc.
Advertisement
Advertisement cookies are used to provide visitors with relevant ads and marketing campaigns. These cookies track visitors across websites and collect information to provide customized ads.
Others
Other uncategorized cookies are those that are being analyzed and have not been classified into a category as yet.
SAVE & ACCEPT